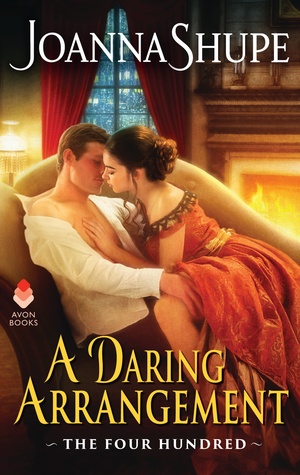 Lady Honora Parker must get engaged as soon as possible, and only a particular type of man will do. Nora seeks a mate so abhorrent, so completely unacceptable, that her father will reject the match—leaving her free to marry the artist she desires. Who then is the most appalling man in Manhattan? The wealthy, devilishly handsome financier, Julius Hatcher, of course….

Julius is intrigued by Nora’s ruse and decides to play along. But to Nora’s horror, Julius transforms himself into the perfect fiancé, charming the very people she hoped he would offend. It seems Julius has a secret plan all his own—one that will solve a dark mystery from his past, and perhaps turn him into the kind of man Nora could truly love.


I haven't read a book that made me feel this good in a long time! I feel all giddy and happy inside! Just like the characters at the end of the book! Julius is probably one of my new favourite heros! And Nora is so brave and exciting! They match each other so well.

I think it was such a good book that's going to give me a book hungover. I'm so drowsy from reading it that I just feel like I'm in the clouds. I don't even know what to write, I just want everyone to read it and enjoy it as much as I did!

[Review] The Dancing Lady: The Ninth Day, by Mimi Milan 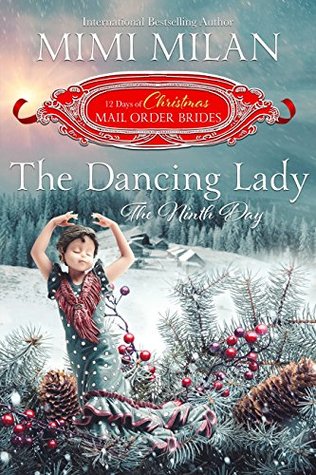 A flamenco dancer in disguise and a driven diner owner fighting his own desires. What could possible go wrong?

Her dream was to become a celebrated entertainer. So, how did Josefina de Zapatero end up with the life of a sporting lady? Determined to escape a repulsive past and oppressive future, her salvation appears in the form of a mail order bride request for a domesticated cook. The fact that she can barely boil water shouldn’t matter too much, though. She has learned to dance circles around her competition. Surely, she can cook up something to please the man. Right?

Having suffered a life of lies and loss, Ignacio Villanueva has learned the importance of making wise choices. He’s determined to find an upstanding woman who will be the helpmate he needs to make his restaurant successful. Honesty and the ability to cook well. That’s all any man really needs. Isn’t it?

It's a match of stubborn wills and unexpected thrills when the two of them pair up. Will the new menu at Noelle’s favorite Mexican restaurant include a marriage meal made for two… or a recipe for disaster?

I received an ebook as gift from a giveaway done by the author. Thank you.

Although in general I liked the book, it did have some issues for me.

For example Josefina (Fina from now on) spends most of the book struggling with telling Ignacio (Nacho from now on) what she actually did for a living and who she truly is. Nacho spends the whole book saying he doesn't want someone like he's previous wife (and what I gathered from that was that he didn't want someone who did what Collette did). Nacho ends up discovering that Fina pretty much did what Collette did (however they are not the same, and I would like to stress that) but it should have been a more developed theme, how Nacho handled the revelation that Fina told him. And Fina told him in 2 paragraphs - what?! She spent the whole book not knowing how to tell him and we don't even get that full conversation, just (almost) a note saying that she spilled the beans and he knows and now she doesn't know how he'll react? And he reacts like it was nothing? Something like "oh I am not happy you lied but I don’t care" after spending the whole time saying he didn't want someone who lied and who did what Fina did....

It was just resolved to easily and too fast for me. There was no intensity in the end, no climax... Sadly, it felt unsatisfactory. It has a lot of potential, I just feel it wasn't as well explored as it could have been.